ARCS MN Awards Recipients at the University of Minnesota

The students listed below have received their final year of funding from ARCS Foundation. They have not quite completed their research projects and theses and have at least one to three more years before they complete their PhD programs.  We stay in touch with our students and invite them to all our events. And when the time comes, we look forward to attending their dissertation defenses.

After Minnesota ARCS Scholars receive their PhDs, the students become ARCS Alums. Minnesota ARCS Alums are making their mark in the scientific world with post-doctoral positions.  They are advancing health care, science and technology to improve the human condition in fields of research that include asthma, cancer, cardiovascular treatment, neurodegenerative disorders, environmental issues, and computer science. We are proud of their accomplishments. Learn what these talented students are doing now, by clicking the links below.

Calling all Minnesota Chapter Scholar Alums, We’d Like to Hear from You!

If you are an ARCS Scholar from the Minnesota Chapter, we would love to hear from you.  You are a vital part of our mission. Your stories and accomplishments encourage our current scholars as well as help us attract new funding for future scholars. We maintain contact with all of our alumni scholars and follow their progress throughout their careers, celebrating their achievements and publicizing their work.

Stay connected with the Minnesota Chapter members by updating your profile by navigating to the Member & Scholar Login.  We want to hear about your accomplishments, recognition, and career path.  If you need help, email us at info@minnesota.arcsfoundation.org. 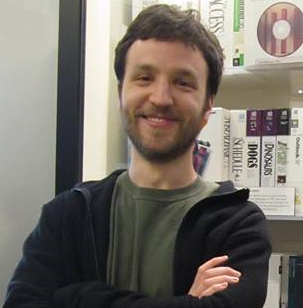 Ben completed his PhD research in the fall of 2017. At the University of Minnesota, Ben studied under Professor Uwe Kortshagen in the Mechanical Engineering department. His research focus was renewable energy technology based on plasma-synthesized nanomaterials. He is excited to be creating new useful materials from inexpensive ingredients, specifically studying zinc oxide nanocrystals for renewable energy harvesting devices. If all goes according to plan, solar cells and related devices will become cheaper to manufacture

Ben grew up in the Seattle suburbs, received his B.A. in mathematics from Pomona College in 2009, and taught high school math and science before beginning his graduate studies in 2012.  Ben has used some of the ARCS Scholar Award funds to move closer to UMN campus, which meant he had more time to spend in the lab. 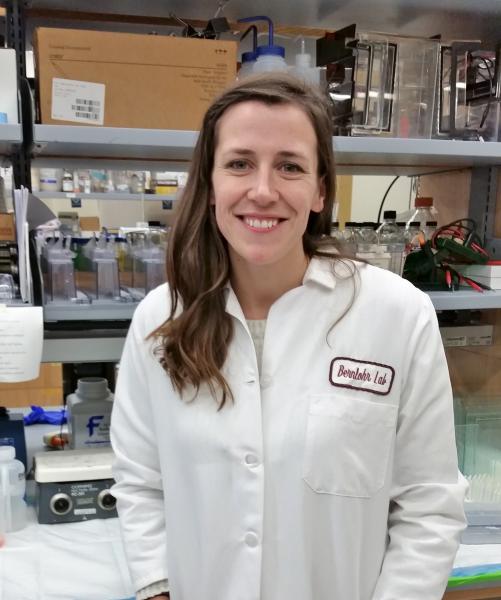 Amy Hauck recieved her Ph.D in the fall of 2017. She is now doing post-doctoral research at the University of Pennsylvania. Amy worked in the laboratory of Dr. David Bernlohr in the Department of Molecular Biology, Biochemistry, and Biophysics (BMBB) at the University of Minnesota, Twin Cities.   Amy's research aimed to understand the molecular mechanisms that connect diet and obesity to the development of metabolic disease. She studied the role that adipose (or fat tissue) plays in this process. The goal is slowing or preventing the development of insulin resistance in obesity, a precursor to diabetes.

Amy is excited to be working on a project with the potential for positive impact on human health. If successful, molecular understanding has the potential to identify new and better drug targets to slow or prevent the onset of disease.

Amy received her BA in biology from the University of San Diego.  Shortly thereafter Amy moved back to her home state of Minnesota where she worked for two years as a junior scientist at the University of Minnesota Genomics Core before she began her graduate studies in the Bernlohr laboratory. The ARCS Scholar Award has helped Amy with her research, and allowed her to attend an international conference at which she shared her work in an oral presentation. 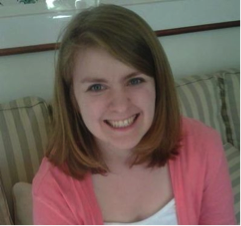 Jackie McCourt defended her PhD dissertation at the University of Minnesota in the department of Biochemistry, Molecular Biology, and Biophysics in 2017. She is currently doing post-doctoral research at University of California, Los Angeles.

She received a B.S. in 2010 from Azusa Pacific University in southern California where she studied Biochemistry and developed a love of proteins. Before pursuing her graduate career at the U, she worked at a small DNA sequencing company in Los Angeles where she gained invaluable experience and perspective in the field of personalized medicine.

At the U, she returned to her passion for proteins in the lab of Dr. James Ervasti studying the biophysical properties of the protein dystrophin and its role in Duchenne Muscular Dystrophy (DMD). She studies the biophysical consequences of sequence mutations and deletions on the stability of dystrophin and the implications these changes have on the development of current gene therapies for DMD.

Jackie is driven to develop both her research and teaching skills here at the U and pursue a career as a professor in order to inspire and train young scientists, as her professors have inspired her. She is very grateful to the ARCS foundation for its generosity and commitment to supporting students like her.

When she isn’t in the lab or studying for classes, she enjoys reading, biking, music, watching basketball, and hanging out with her family. 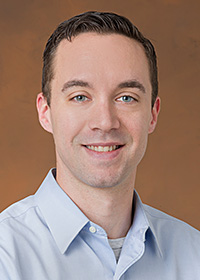 Josh recieved his PhD in Computer Science in 2015  under the guidance of Dr. Volkan Isler at the University of Minnesota in the Robotic Sensor Networks lab. His thesis concerned competitive, online algorithms applied to multi-robot path-planning for sensing, for example, using robots to mine geo statistical data or track invasive species.  Josh is currently a Research Technologist at NASA JPL in the Estimation, Decision and Control Group,  where he is  working on projects which involve multi-vehicle collaboration for hostile target detection and tracking. He is also interested in pursuit-evasion games and lately has begun to explore connections between these subjects and online convex minimization

During his graduate studies at UMN, he designed deployment schemes for autonomous watercraft to monitor lakes for invasive carp. Invasive carp dominate local ecosystems, overwhelming native fish, destroying plant life, and causing serious damage to water quality.  Poisoning or quarantining waterways is controversial and potentially damaging. Instead, biologists have begun placing radio-transmitters on the carp to identify where groups of carp tend to linger. In these areas, simple netting can remove over 90 percent of carp populations from lakes. However, localizing radio-tagged fish is a time-intensive process for humans; to monitor many lakes or larger lakes would require too many man-hours to be affordable.

Josh comments, "What separates these exciting new opportunities from past applications of robotics is their unstructured nature: Inside we can control the environment; outside, we cannot. What drives my research is the development of planning algorithms to enable mobile robots to work in unpredictable environments. It is a privilege to work on cutting-edge research which has a very useful application in my own community."