The Minnesota Chapter of ARCS Foundation supports scholars from the University of Minnesota. All are selected by their respective schools and meet ARCS Foundation’s high standards of academic excellence.

ARCS Foundation Scholar Awards are presented each October, and provide Scholars with $5,000 per year, for two to three years depending on the specific Award mechanism.

Introducing the ARCS Foundation MN Chapter Scholars
See a video of the 6 ARCS Minnesota Scholars from 2020 introducing themselves and accepting their awards:
https://www.youtube.com/playlist?list=PLWtyinQtUbMqVj434N8SDr-8aRaCyF8Gm

Matt is a 2nd year PhD student in Biomedical Engineering at the University of Minnesota and is a member of the McAlpine Research Group (under Dr. Michael McAlpine). His research focus is on the utilization of programmable drug capsules and 3D bioprinting to differentiate induced pluripotent stem cells (iPSCs) into 3D multicellular cardiac tissue. Matt aims to produce research in the space of cardiovascular biofabrication which will push the field closer to develop viable tissues for implantation.

Matt received his B.S. in Biomedical Engineering from Georgia Institute of Technology in 2017.

At the University of Minnesota, he is also involved in a number of outreach programs, including Science for All (Team Lead for the 2020-2021 school year) and lecturing as part of the Osher Lifelong Learning Institute (OLLI) course set-up by the Graduate Women in Biomedical Engineering (GWBME) . Long term, he hopes to become an industry leader in biofabrication as well as help facilitate the translation of these therapies from benchtop to clinical application. He is grateful for ARCS’ support in these endeavors. Lastly, Matt enjoys playing tennis, ultimate frisbee, hiking, and reading among many other things! (See Matt's video introduction) 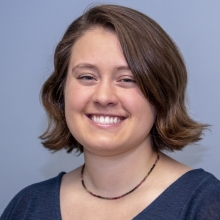 Rachel Tenney is a second-year graduate student pursuing a Ph.D. in the department of Civil, Environmental, and Geo- Engineering at UMN. She works under Drs. Paige Novak and Timothy LaPara and is studying nitrogen removal in rural wastewater treatment ponds. Rachel’s research focuses on elucidating fundamental mechanisms of nitrogen cycling with the goal of developing sustainable, practical methods for nutrient management in rural, low-infrastructure areas.

Rachel grew up in Albany, NY and graduated from Lafayette College (Easton, PA) in 2018 with a B.S. in Chemical and Biomolecular Engineering. As a Clare Boothe Luce Scholar and recipient of the Daniel P. O’Neil Award at Lafayette, Rachel studied non-Newton liquid mixing and conducted an honors research project on nutrient recovery from municipal wastewater in the form of fertilizer.

As an ARCS Scholar, Rachel will be able to participate in geographically diverse conferences, which will allow her to expand her academic and industrial networks and take advantage of invaluable professional-development opportunities. She also plans to continue to pursue her passion for mentorship, promoting visibility, and developing community among groups underrepresented in engineering.  (View Rachel's video introduction) 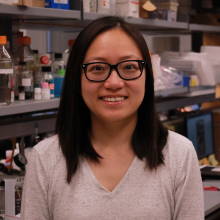 Sze Cheng is a PhD Candidate in Biochemistry, Molecular Biology, and Biophysics department at the University of Minnesota, Twin Cities. She is advised by Dr. Jeongsik Yong, which studies pre-mRNA processing in cancer. Sze aims to investigate the role of splicing factor U2AF1 mutation in transcriptome reprogramming in lung cancer. She integrates gene editing, biochemistry, and molecular biology approaches to characterize mutant U2AF1 functions. Her research will further the understanding of how U2AF1 mutation promotes cancer progression and will shed light on the mechanisms and novel therapeutic targets.

Sze received her B.S degree from Lafayette College in 2017 where she studied Biology. With the ARCS award, Sze will have the opportunities to travel and present her work at out-of-state conferences. These experiences will allow her to grow and become an independent scientist.  (View Sze's video introduction) 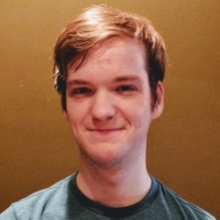 Dean is a PhD student in the Mechanical Engineering department at the University of Minnesota. He works with Professor Kumar K. Tamma on the development and study of algorithms for transient and dynamic applications in computational mechanics. His research strives to foster a fundamental understanding of these algorithms in the engineering community, as well as to establish new techniques to aid in the simulation of complex problems in the physical sciences. In his roles as teaching assistant and course instructor, Dean is passionate about engaging students in an active learning process that emphasizes critical thinking and physical reasoning over rote memorization. 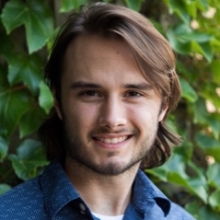 Joe ia a graduate student at the University of Minnesota enrolled in the Graduate Program for Neuroscience doctoral program. He earned his Bachelor of Arts in Physics and Computational Neuroscience from Ohio Wesleyan University in 2019. Before studying at the University of Minnesota, He had research experiences in neuroscience, studying epilepsy and seizures, and bioinformatics, studying proteomic data analysis techniques. His experience developing computational models of epilepsy solidified his interest in using dynamical models to better understand the brain.

He is currently working in Dr. Cheryl Olman’s lab on research in the human visual system. His research project focuses on linking data from functional magnetic resonance imaging (fMRI) with computational models to better understand early visual processing in the primary visual area of the brain. His lab’s research has applications to the study of psychotic disorders and is aimed partly at understanding the neural mechanisms underpinning visual hallucinations and other sensory abnormalities in psychosis. Articulating early visual processing in computational models will allow us to make specific predictions about the causes of visual abnormalities and will hopefully contribute to understanding the link between sensory abnormalities and psychotic disorders. (View Joe's video introduction) 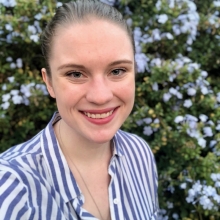 Courtney's is a PhD candidate in Computer Science in the Illusioneering Laboratory of Dr, Evan Suma Rosenberg. Her research focuses on novel user interfaces for augmented and virtual reality. Specifically, she develops new techniques that allow novice users to fly UAVs in complex, confined spaces. She is also interested in developing accessible interfaces and interaction techniques to make virtual and augmented reality feasible for a wider spectrum of users, including individuals with physical disabilities. Broadly, this research will lower the barrier to entry for using VR and AR in a wider range of applications. By developing simple, intuitive interfaces for novice users, VR and AR becomes more attainable. Currently, AR and UAVs can be used to safely explore hazardous spaces, but this requires a highly trained operator. Making this technology easier to use will increase its deployment and potentially lead to new collaborations between augmented reality and UAVs.

She intends to pursue a career in private sector research, focusing on further development of accessible user interfaces for mixed reality environments.

Courtney and her husband enjoy biking and kayaking with our Labrador-Great Dane mix, Felix. Their dog was born deaf and they adopted him when he was a year old. He knows about 50 different commands in sign language, and his favorite things to do are sleep and chase bubbles. (View Courtney's video introduction)